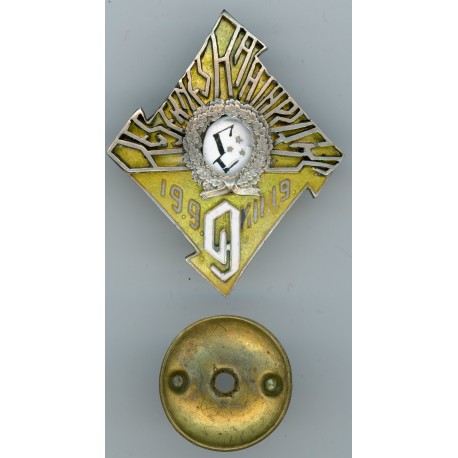 Badge of the 9th Rezeknes infantry regiment  in a good condition. Original.

Award of the 9th Rezeknes infantry regiment  was established in January 28, 1921.