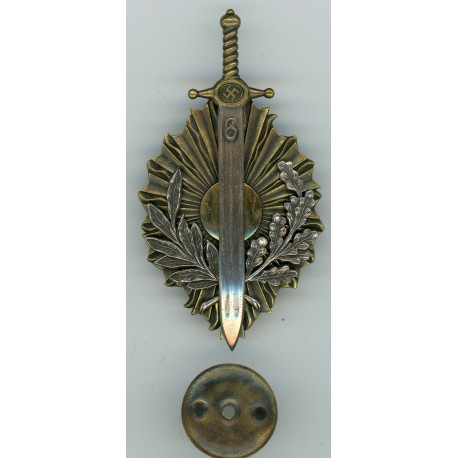 Badge of the Latvian army`s  6th Rigas infantry regiment in a good conditions.

Badge of the Latvian army`s  6th Rigas infantry regiment  was established in April 8, 1922