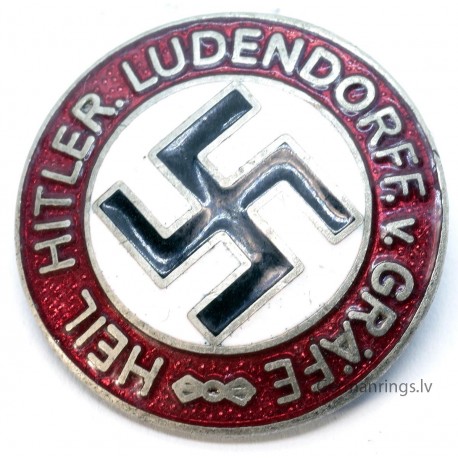 Heil Hitler, Ludendorff, von Grafe pin badge is considered one of the rarest of the NSDAP party pin badges.

Originally produced around 1924 as part of a propaganda effort to unite the various paramilitary factions in the NSDAP.

Ludendorff fell out of favour with Hitler and would go one to become a vocal critic until his death, leading to these badges being quickly removed from production.